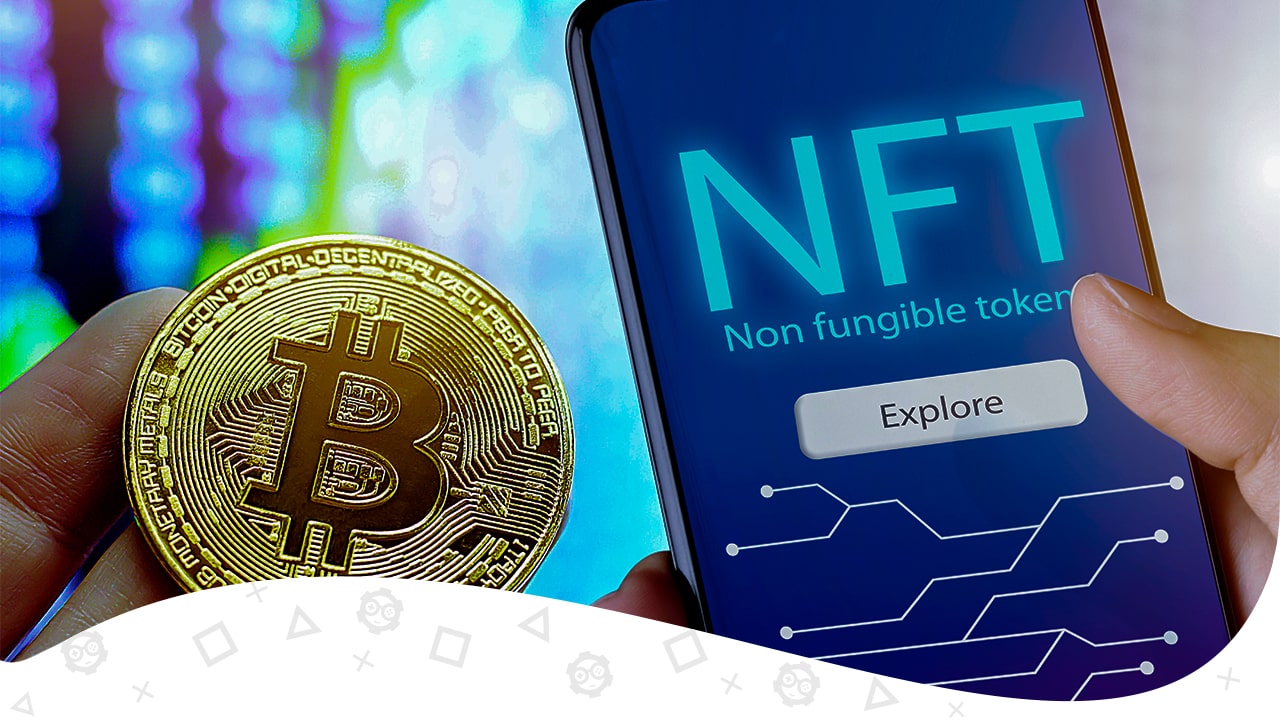 You probably have heard about numerous NFT projects that gained recognition and skyrocketed from a few bucks worth to thousands of dollars in a heartbeat.

What if you had known about its potential before all the hype started?

However, there are ways of finding good upcoming NFT projects early.

Let’s get straight into it, as this article will uncover all the secrets behind finding NFT projects before they get on everybody’s radars.

What Is an NFT Project?

Before explaining what NFT projects are and their multiple possibilities, we must know what an NFT is. Non-fungible tokens can be defined as cryptographic assets that are stored in the blockchain. These digital pieces can’t be replicated or replaced with any other thing, as they are unique.

This uniqueness is guaranteed through an identification code, and all this information is shared through a decentralized network. There, the NFT community exchanges those pieces and negotiates to make a profit from their owned pieces.

With this in mind, an NFT project can be defined as a single piece or a collection created that generates or integrates NFTs for the community to buy, sell, store, and exchange. These projects can be way bigger than mere illustrations, music, or photography, achieving massive scales like an ID software for a medical clinic or a flight ticket wallet, for example, normally involving bigger teams with developers and UX experts.

Usually, the NFTs are associated with art, since most of the projects we see are of this nature. This also justifies the appearance of huge NFT marketplaces for web artists, like Open Sea, for example.

In fact, the uses of tokenization can go far beyond just art. It can be used as a tool for guaranteeing the authenticity of a product or even as an academic credential example. The NFT blockchain can be integrated into almost every workspace or task, guaranteeing safety and authenticity in every case.

Some NFT projects became very famous, which may be the result of the astronomical value of the pieces, or maybe because of the hype generated through the NFT community. Here are some examples of projects like that.

This may be the most famous NFT project of all history, achieving values higher than luxury cars or even mansions. Along with the high value, the NFT collection attracted many famous personalities to the NFT universe, like Justin Bieber, Neymar, and Logan Paul.

The BAYC project was a collection of 10,000 different illustrations of apes, each one with its characteristic variation. Along with the huge variation of apes, there were some characteristics and accessories that made some of these pieces more valuable than others, creating an NFT rarity rate among them.

Another NFT project that got hyped very fast. Blankos’ fame started in the very early steps of the game, with promises of being the best NFT game so far.

One of the reasons for the hype was the Mythical Games team which contained lots of famous game devs and supervisors. It was also available at Epic Games, so anyone could easily download it.

Another reason for its success was the free NFTs that you can get. There are items that you can claim if you have Prime Gaming and a free NFT character at the end of the Battle Pass. All of those items can be sold for real money, in the form of cryptocurrency.

Another project is very similar to the BAYC one. The cryptopunks were an NFT collection that, although having a simple design, was an absolute success in the NFT market. The collection launched by Larva Labs in 2017 took some time to become a successful NFT project and also became one of the NFT gems of Open Sea.

The Cryptopunks also attracted a bunch of famous artists to acquire one piece of the collection, giving credibility to the project. This way, it became one of the early NFT projects that achieved huge success and a high-profit value.

How to Find NFT Projects Early and Make Profit

We saw dozens of successful and profitable NFT projects around the blockchain. But how do we identify these projects earlier so we can acquire them and turn them into profitable investments?

One of the most common ways of finding new NFT projects is through the NFT calendar. This tool notifies and covers the most promising NFT projects that are launched, giving the user a good amount of collections and projects to look up for.

Their website has a feed with the main NFT drops of the day, and it also has a function that allows you to filter the results based on the blockchain you are looking for, like Ethereum or Solana, for example. Along with the daily NFT drops you will also find upcoming NFT projects and the most hyped ones.

Even though the cryptocurrency and NFT markets aren’t Twitter’s main focus, they are still one of the best places to discover new NFT projects. Many successful NFT projects were first announced there.

Twitter spaces are home for digital art, and exciting projects are announced there every day, from illustrations to games. Be sure to check out the NFT pages available there to find NFT projects early.

On Twitter, you can find unique and successful projects and daily updated pages to discover new collections, like:

This is the main NFT marketplace for illustrations, photography, graphic design, etc. They are the host of the biggest NFT collections that exist, like BAYC and 0N1 Force, for example.

Since this is the birthplace of the collections, it’s a great place to find out about NFT projects early on in their first stages. You can find hundreds of thousands of projects to look upon, and they are also one of the main places for selling and trading these NFTs.

Another main place for NFT owners and enthusiasts. Binance was one of the first channels for crypto investors and shortly became the main one. With a lot of tools to help the community, they also expanded their activities creating an NFT marketplace, which shortly became a great place to identify the success of a new NFT project in the early steps of its launch.

Binance has always been a prestigious name in the NFT and crypto world. This is reflected in the excellence of service and features in their marketplace. There you will find lots of collections and great NFT projects that may become successful and lucrative NFT collections in the future.

Another traditional social media that does not have NFTs as its main focus but is also a great place to discover many NFT projects that may become successful. Many NFT artists, especially those who create NFT games, announce their projects first on YouTube.

The platform may not have tools specifically for NFT tracking, but the search for the topic may lead you to new projects and development team channels that will help you decide on which project to invest in. Knowing how to search for them on YouTube is the key to finding good NFT projects on the platform.

Some of the most remarkable NFT channels of the platform are:

Another social media that may be a great option for people thinking of how to find NFT projects early is Discord. Many artists and developers create their communities there, sharing the early stages of new projects and collections through Discord servers.

With this in mind, it may be a good idea to search for those communities and enter them, reading about the projects directly from their creators. This is a great opportunity not just to know about NFT projects early but also to learn more about the subject with experts and NFT developers that work with this every day.

Some of the most used Discord servers for finding upcoming NFT projects are:

It may not be a rule, like in the cryptopunks for example, but the design work of an NFT may be a sign of its success. Normally, the great NFTs of the market have strong and characteristic designs that are common for all the pieces.

The platform of availability also tells much about upcoming projects and their chances of success. Having a known platform for availability and minting aggregates value and credibility to the project.

The hype generated by a collection announcement tells much about its potential success. The more engagement is created around the collection, the bigger the chances of it becoming a successful project.

Another important detail of an NFT project is the team behind it. The more prestigious the artists and the developers are, the higher the chances of it becoming a successful NFT drop. It’s good to remember that the team behind it also impacts other characteristics of the collection, like the design quality.

NFT Projects You Should Avoid

When searching for NFT projects, certain characteristics precede not-so-promising digital assets. These projects normally won’t give you a good reward for investing in them and also will not engage in good sales trends.

One of the first things you should pay attention to when trying to find good NFT projects is the overall quality of the collection. When the collection does not have a consistent quality among the pieces, it is normally a bad sign.

This implies bad sales graphs and a profit so low that is not worth investing in the NFT. Good projects normally have a similar overall quality in all the pieces of the collection, giving credibility and a bigger profit potential.

Another characteristic present in various projects that don’t get good results in rarity rankings is the lack of engagement in the project’s official community. This implies that the collection is not generating interest from investors and traders.

When this happens, the price of these NFTs drops to the ground, creating a risk of losing huge amounts of money that you could have invested in trending collections. That’s why community engagement should be consistent, no matter if it’s through their official website or a Discord server.

Now that you have everything you need to discover which projects have the potential to grow, it’s time for you to search for the upcoming NFT drops that can become market trends. It’s up to you to decide where to look for those collections, no matter if it’s through NFT Calendar, Discord, or any other platform.

Use all that you learned and choose a particular project that catches your attention. There are lots of projects to choose from, and hundreds of others are being created every day.